The lockdown effects on the Canadian economy

The lockdown in Canada isn’t only a continuing issue for the businesses concerned. In terms of the economy, too, it’s causing unrest and the headlines are all different in Canada. There’s evidence that the impact on the economy is not as devastating as assumed. Economists, on the other hand, are sounding the alarm, pointing out that developments in the economy create a lot of worry. A summary of the current news helps to keep track of things. We are now expecting huge layoffs in wake of the second lockdown in Canada. 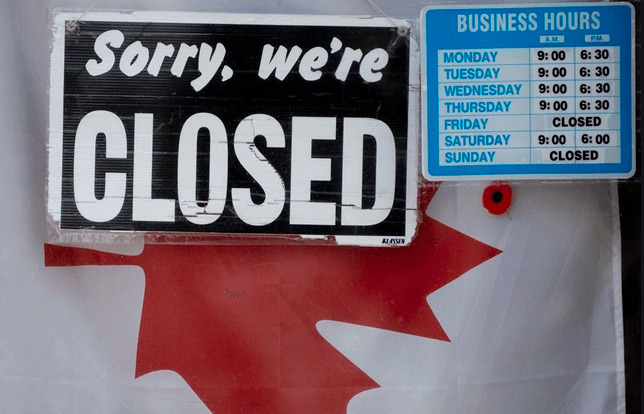 Extended restrictions will damage the economy

In Toronto, our largest city in Canada, they’re waiting for the end of a four-week lockdown . The first information regarding the further handling of the restrictions leaves little hope. Since the number of infections has barely shown any changes in the past few weeks, it’s to be expected that the restrictions will be extended.

While looking back over the past few months in terms of the economy has been less bad than expected, the prospects for the near future are very different. It quickly becomes clear that Canadian industry currently has a very high standard in business. But what will happen if the partial lockdown is extended and maybe even reinforced?

It can then be assumed that the breakdowns in the service sector can no longer be absorbed. That would mean that the economy has to reckon with another crash.

The question of what developments can be expected if the federal states plan to determine the strategies on their own again is also interesting. While the talks are going in the direction of only leaving badly affected regions in lockdown, this may also have an effect on the economy.

Less damage than expected in the economy

In the current news, among other things, it’s said that the lockdown light won’t damage the economy as badly as was first expected by economists. It should be noted, however, that the economy isn’t only fed by culture and leisure facilities, but to a really large extent by trade and industry. As in the past months, it can also be seen here that the industry has a major influence on the economic development. It can cushion damage that happens primarily at cultural organizers, restaurants or cosmetic institutes.

Aid is required to be increased and extended

In connection with a possible extension of the requirements as well as the closings in the area of culture and gastronomy, there’s now more and more talk about how to proceed with the aid for the companies concerned. While the aid was administered in spring, there are now much stricter requirements that must be complied with. In this way, the government wants to make sure that no more aid flows to companies that may not need it at all.

So far, however, there are only the plans and first implementations with regard to the November aid. However, this support is only used to cover the companies’ expenses. Plans for December are currently not known, even if extensions and expansions are mentioned again and again.

What does this mean for investors? Anyone who invests in large restaurant chains, for instance, is now considering how to proceed here. It isn’t just fast-food restaurants that are at risk. Even chains that work with significantly higher prices and a different target group are pushing their limits. In this context, it should be checked which options there are for the assistance. Here, however, the economists agree that this aid should primarily not be too pronounced in order to not support companies that may no longer sustain themselves in the long term without the aid. But how this will develop in the future cannot yet be foreseen.

Changes in the future are possible

For many of the companies, of course, it can’t be said today that they can no longer avoid bankruptcy. Even small changes in the economy are enough to generate more profits and, in this context, to make debt servicing possible. Looking to the future, investors should nevertheless bear in mind that the companies will continue to drag on this weak phase for a very long time. The extent to which this may affect a possible return cannot be foreseen.

On average, 50 to 60% of companies manage to continue their business based on experience and to make profits.

Uncertainties on whether the lockdown will now lead to severe cuts in the economy and how the zombie companies will continue, mean that investors no longer know exactly how they should and can invest. Therefore, looking to CFD trading can be an alternative.

Here it is not necessary to buy the securities directly, you’ll only rely on the development of the prices. It’s necessary to be aware of the short-term changes in the market. It is also important to recognize the signals that cause a change or amplification in current prices. It is sensible to use a CFD demo account to deal with the process, to make the first investments and first of all to see in which direction they’re developing. Testing CFDs without risk is possible with various brokers.

A guide on Forex time Canada

Where to trade forex in Canada?

Canada's Broker of the Month 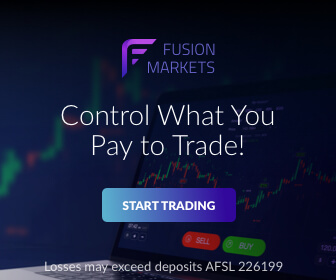 Is Forex trading legal in Canada?

How to start Forex trading in simple steps

Trading with MetaTrader is now popular in Canada

Cryptocurrencies such as Bitcoin are creating the largest daily price swings currently.

Home » The lockdown effects on the Canadian economy