Home » The Bank of Canada raises its key rate by 0.5% and the USD/CAD pair falls as expected

The Bank of Canada raises its key rate by 0.5% and the USD/CAD pair falls as expected

The key rate at the Bank of Canada is now 1%, which is its highest level since the pandemic started in March 2020.

As expected, the Bank of Canada (BOC) raised rates today by 50 basis points. The overnight rate hasn’t gone up this much in 20 years. The key rate is now 1%, which is the highest it has been since the pandemic began in March 2020.

Also, the Bank of Canada said that starting on April 25, it would stop reinvesting the money from its bonds that were coming due. This would end its quantitative easing program. Due to the expected rise in inflation, Canada’s central bank said it will have to raise interest rates to neutral or above neutral.

When the statement came out, traders sold USD/CAD because they thought more interest rate hikes were coming. During the first 15 minutes of trading after the news came out, the price was very unstable, moving between 1.2625 and 1.2675. 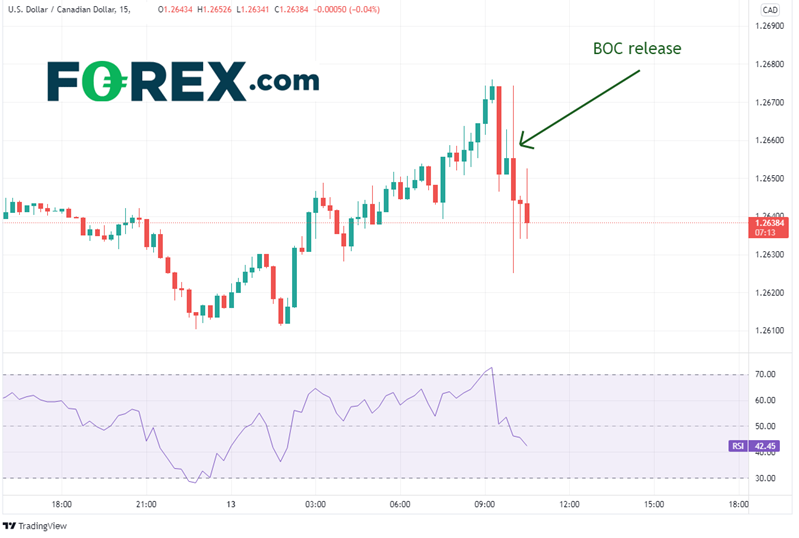 Since the middle of November 2021, the USD/CAD pair has been trading between 1.2453 and 1.2964 on a daily chart. On April 5, the price went as low as it could go and formed a hammer candlestick, which is a sign that a change could be coming. In fact, the price changed and went up. Since then, the price hasn’t looked back. Over the past 3 days, the price broke through a number of important levels of resistance. These things are: 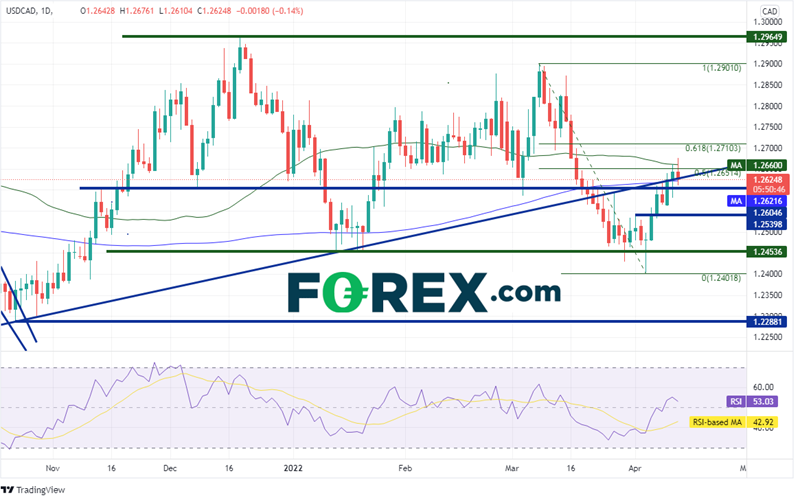 Today, the Bank of Canada raised rates by 50 basis points, bringing the key rate to 1% and saying that more increases will be needed. The USD/CAD pair is stuck in a range between 1.2604 and 1.2660 right now. If the USD/CAD pair breaks out of this zone, it could give the markets clues about where it might go next.