Now, as a result of the corona pandemic, the gold price is rising and has now reached a brand-new record. Many gold investments in Canada are made with brokers using CFDs. On the London stock exchange, the value of 1 troy ounce of gold (around 31.1 grams) rose from Sunday to Monday to around $ 1,944. The previous high was $ 1,921 and dates from September 2011. On Monday lunchtime, the value of an ounce was still two percent up.

According to market observers, price momentum could continue and therefore the price of gold could even rise to over $ 2,000. Since the start of the year, the gold price has risen by over a quarter. While the worth of an ounce of gold was still less than $ 1,500 in mid-March, a big price increase may be observed in the middle of last month.

The main reason for the value increase is perhaps that the uncertainties due to the corona pandemic are still great. in the USA, new infections with the corona virus are increasing. Over four million people have been infected there in the meantime. Right now, there’s growing concern about how this may affect the US economy. The ECB, the Fed and also other important central banks are putting out aid package after aid package for months. This also raises concerns about a rise in inflation. In times of crisis and rising inflation, gold continues to be a very safe investment.

Investments in gold in demand 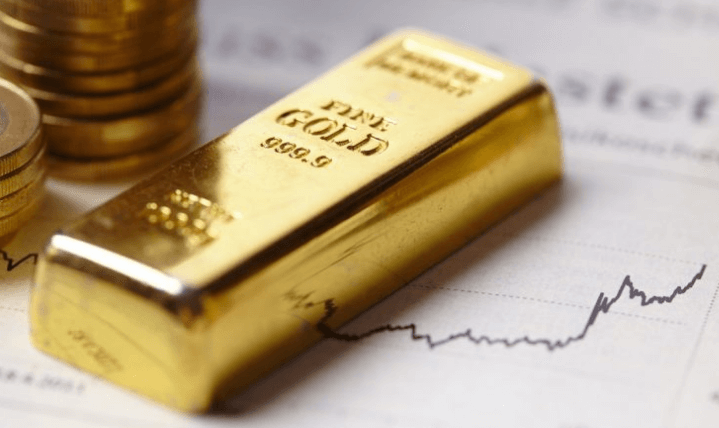 According to reports, gold-backed securities and ETFs on gold are currently in high demand. This can be also probably another reason for the high price increase. The corona pandemic also has an effect on the production of gold in mines. The most important gold producing countries in the world are China, Australia, Russia and also the USA. With China, Russia and the USA, these include countries that are particularly hard hit by the pandemic. In the world’s gold mines, gold production fell by three percent in the first quarter of 2020 and is currently at its lowest level in five years.

Gold price has been rising for months

In euros, the gold price has been rising for weeks and is reaching one record after another. The ounce already cost 1,633 euros in mid-May, which was already a record. However, at the start of the corona pandemic, the gold price also fell. as long as gold is crisis-proof, this might seem surprising. Gold doesn’t bear interest, which is an advantage when buying gold in times of low interest rates.

Also, geopolitical tensions have a control on the gold price, which might be observed during the last trade dispute between China and the US. Even during this tense phase, the gold price rose. Gold is currently performing well. However, the stock markets have recovered better in some cases since the crash at the beginning of the Corona crisis. for instance, the DAX has risen by 50 percent since mid-March. Gold can only show half the rise in value.

CFDs are more lucrative for traders

The first consequence of the high gold price is that investors have to put an oversized sum on the table so as to buy gold. Additionally, coins or gold bars must be stored. Both are omitted with CFDs. With these, investors don’t buy gold directly, but only trade the performance of gold. Investing in gold through CFDs is popular with many investors. according to estimates, up to 27 percent of all investments in gold are made in this way.

Traders may also have the benefit of price increases in gold in this way. This can be particularly interesting when other financial instruments fall in value. In this case, the gold price often goes up. it’s also less expensive to invest in gold using CFDs. Levers are another benefit. In CFD trading, spreads have to be paid particularly, which, alongside a few other fees, make up the main costs. However, this is significantly cheaper than paying the total price of gold. Additionally, there are often costs for storage and possibly insurance. Selling gold may be difficult, especially since an appropriate buyer has to be found first.

In the Corona crisis, the gold price is now also rising. this is currently at a record level and exceeded the previous record from 2011. the most reason for the record gold price is that the increasing number of latest infections with the coronavirus in the USA, which can probably also affect the economy there. Although the gold price fell at the beginning of the Corona crisis, gold remains considered a very safe investment in times of crisis.

Many investments in gold are made through CFDs. This is often also possible with online forex brokers. Traders don’t need to buy gold directly and possibly store it expensively, but can have the benefit of price increases in this way. Additionally, the transaction costs are significantly cheaper and traders can use leverage of up to 1:20.